ISY 10th grader Hardik Mahajan was starting to get bored this past summer. During the pandemic, he was stuck at home like so many other students and not able to really go on summer vacation.  Instead of playing video games or binge watching Netflix, Harry (as he’s known to his friends) decided to do a little research about the stock market.

“The stock market has always intrigued me,” Harry says, “so during the pandemic I decided to take some time to learn more about stocks and investments.” During his research, Harry came across the Marketwatch website and was fascinated by the idea of investing fake money using the real stock market as a gauge. When the real stock market dropped, investors lost their “money” and when the market went up, investors made “money”.

Harry’s brother, ISY graduate Anmol Mahajan, encouraged Harry to talk to his friends about the stock market.  Harry was surprised to discover that many of them were intrigued by it as well. Harry thought this would be a great after school club with a few friends.

Over the course of the summer, Harry reached out to Ms. Powers at ISY about his idea. In his proposal he wrote: “This club will help the students learn about personal finance, safe long-term investing tips, and help learn important analytical skills when trying to analyze why stocks went up or down during the week. Occasionally, I would also try and get guest speakers who have way more experience than us with the stock market and investing in general.”

Ms. Powers suggested that Harry speak with economics teacher Mr. Alex Grace to see if he would be willing to sponsor the group, and then reach out to the ISY Activities Office to see about getting added to the ASA packet in the fall.

Harry followed up on all the details, Mr. Grace agreed to sponsor the club, and the Marketwatch ASA was born.  Even though it had quite a large capacity (25 students), it filled up and went to a waitlist on the first day of registration.  It had to be expanded to 30 students the next day.

When asked how he marketed the ASA to help it fill so quickly, Harry said he barely marketed it all.  Apart from telling a few friends about it, he didn’t say anything because he wanted only students with a genuine interest to sign up.  He didn’t want anyone to feel pressured.

As the first session of ASAs comes to an end, Harry says that most of the students who signed up showed up for every meeting.  “I think people are having a lot of fun, in general.  Meetings end at 3:45 but last week, for example, we kept talking until 5pm.”

Harry will be offering the Marketwatch ASA again in session 2, but under a new name: ISY Investment Club.  He hopes to eventually try his hand at investing real money.  For now, it will remain a fun, social activity with a purpose of educating students about the stock market.

The first round of VIRTUAL ASAs has come to an end!  Session 1 was a 4-week trial, just to see how things would play out online and everything went relatively smoothly.  Apart from Zoom making changes to their link addresses on the Monday morning of the first day of ASAs, there were no major glitches.

I’ve spoken to some students who said they finished school and forgot to log back on for their ASAs until it was too late.  They said they missed just walking out the door with all of their classmates and starting ASAs together on campus.  I agree.  The end of the school day on campus was always organized chaos…we miss the noise and the action.

Until we can get back together, it’s time for Session 2 virtual ASAs to begin right after October Break.

The second session of virtual ASAs is slated to begin Monday, November 9 and will run for six weeks, which will take us right up to Winter Break. As with session 1, some activities will end after six weeks, some will continue session-to-session, and others will go year-round, whether we are online or in person.

There will be a ‘Waiting List’ option for ASAs that fill up.  Students can choose to be added to a waiting list or select a different activity for that day and time. If you choose to be added to the Waiting List this will count as one of your two choices for day 1 of registration.  From Wednesday, November 4 after 7pm, if you choose to stay on a waiting list, you cannot select another activity for that date/time.  Activity waiting lists will be looked at to decide if more sessions of any single activity need to be added. Students will be taken off the waiting list and added to the actual activity if spaces become available.

The Session 2 ASA Packet can be found HERE!  Keep in mind that a few details could change by Tuesday, so we recommend checking the link again before registration opens on Tuesday night.  In the meantime, we recommend that you review the packet with your child so that you know what activities your child wants to register for next week. 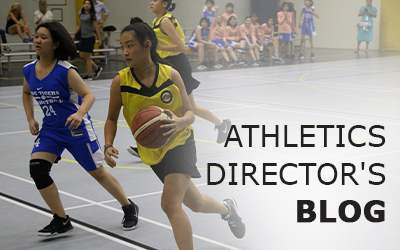