It is hard to believe that in three weeks we will have completed the first quarter of the school year. As we get closer to the end of the quarter you may find that your child is completing units, projects, or having multiple assessments. This is done to ensure that we have current data to share with you on the Quarter 1 reportcard. With that said, your child should continue to have a balanced lifestyle. Students should have no more than 2 assessments per day. If this is not the case for your child, please let us know.

ISY Board of Trustees Elections & Annual General Meeting (AGM)
On October 4 starting at 6:30pm ISY will have its AGM.  During the meeting voting will conclude for 2 new board positions.  Beginning on October 2, Association members will be able to log in to PowerSchool to vote for two candidates. An Association member is any parent with a child currently enrolled at ISY.  Once a vote has been cast and confirmed, it cannot be changed. The election portal will remain open through the first part of the AGM, then closed so that votes can be tallied and results announced by the end of the meeting. If you have not previously logged in to PowerSchool or do not know your username or password, please contact the powerschool support team at powerschool@isyedu.org.
There are three candidates for the two available positions and information about them can be read on our Elections 2021 Blog post.  Next week, we will also be posting videos made by them introducing themselves and saying why they should be considered.  The AGM Zoom link will be sent via email the week before the election takes place. 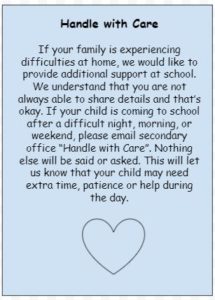 Please know that ISY continues to strive to support our students through difficult times. Even though we are online, do not hesitate to reach out for support.