Michael Collins, the astronaut who flew the Apollo 11 command module while Neil Armstrong and Buzz Aldrin made the first landing on the Moon, died last week.

His death was widely reported in the media. It was clear that Collins was a brilliant but very humble, hard working, and good humored man who felt he was very fortunate to have played such an important part in the Apollo 11 mission.

I enjoyed watching old footage of Collins during the mission and of him talking about it afterwards. He was obviously very proud of the role he played and spoke very highly of those he worked with during the mission – in space and on Earth. His role was incredibly important and he spoke of his greatest fear being the very real possibility that something could go wrong and he would have to return to Earth without his crew mates. While Armstrong and Aldrin were on the Moon, Collins was said to be the loneliest person in the universe – he was not even able to watch his crew mates on the Moon like all the people back on Earth did on television. Collins said he did not feel at all lonely and enjoyed the peace and quiet!

On his death, the media (in New Zealand at least) kept framing Collins’ story as ‘so close but yet so far’ or ‘the unlucky astronaut’ or even the ‘forgotten astronaut.’ Collins did not feel this way and it really frustrated me that the media kept pushing this story line.

Collins was a man who was very happy to have played his part in history and has never shown any regret that he was not able to step on the Moon like Armstrong and Aldrin. He said that he would have liked to have stepped on the Moon but he was more than comfortable and very happy playing a role that allowed them to take those steps and get back to Earth. He might have been motivated by them and admired them and even competed against them in some ways but Collins did not seem to compare himself to Armstrong and Aldrin.

Collins’ happiness and success came from being the best he could be and believing that he was contributing to something bigger than himself – not from comparing himself to anyone else.

The online media coverage of Collins’ life is an example of how online culture seems to place more value on how we compare to others than how we contribute to the lives of others. This is very unhelpful in a world with problems that can only be solved by people who are the best they can be working together. It is also very unhelpful in developing in our young people the peace of mind required to achieve real success.

Michael Collins’ life was a life well lived. He made the most of his talents, skills, and interests and used them to work with others to make the world a better place. He experienced success on his own terms and that made him (and a lot of other people) happy. Like Collins, all students should experience success at school on their own terms and leave school knowing that comparing their lives to others will not bring as much happiness and success as contributing to the lives of others. 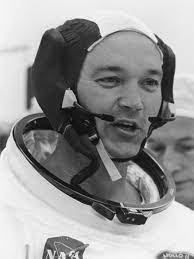 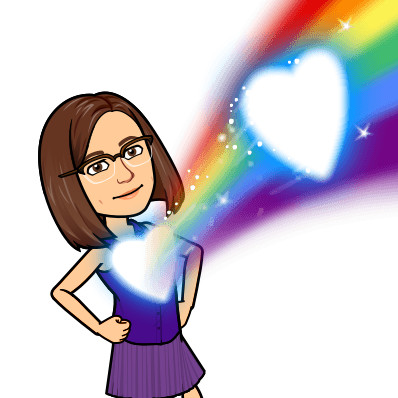 Family Cyber Contracts: What are they and should my family have one?

A cyber contact is a way for families to put their values into the digital world while protecting those they love.  By setting clear online expectations and boundaries, families are able to help their children learn responsible online behaviors and  to be accountable for their actions.

Creating a cyber contract that all members support and agree with requires input from everyone.  It also provides a space for discussing online safety procedures and behaviors.  Consequences for breaking the contact should be clearly established in the contact.  The consequences should be immediate, short term and appropriate to the infraction.  A family cyber contract should be personalized to suit the needs of each individual family but experts indicate these topics should be included.

Ms. Patty is available to support students and families with a variety of issues.  She can be reached at escouselor@isyedu.org.

NO CLASSES THIS THURSDAY AND FRIDAY

There will be no classes this Thursday and Friday, May 13 and 14. Happy Eid-al-Fitr to our Muslim students and families.

Please fill in this Students in Yangon form to join a list of ISY families with children in Yangon. The purpose of the list is to let families know who is still in Yangon so ISY children can connect in person if families wish. We will share the list with those people who have responded to this form next Wednesday, May 12 so they can contact each other as they wish.

We have done some planning for the unlikely event that there is a country wide permanent loss of access to Google tools.  In that event everyone should log in to PowerSchool and look for the menu item on the left side of the screen called ‘Office 365 Credentials’.  Here you will see a single user name and password for both email and for documents. The email has already been set up such that all school email from now on is being forwarded to the alternative email platform.  The documents platform is the place where teachers would upload documents for students.  There is no need to log in to Office 365 before losing access to Google.  It is advisable, however, to login to PowerSchool just to make sure you know your login and password.  If anyone needs help with logging in you can review this simple guide to resetting your password and if that doesn’t help you can contact the PowerSchool Help team at powerschool@isyedu.org.

Although we have yet to lose complete access to the internet during the school day, we do have a plan for this happening.  In that event, students not involved in a transition day, will work from home on pre-arranged work that they have downloaded already.  Elementary School teachers have sent a download to parents today and Secondary School parents and students will be getting their downloads on Monday.  Secondary students and Upper Elementary students will go through the download process with their teachers in class.  It is important that this work is downloaded as soon as it is received so no use of the internet will be required to access the instructions.  These downloads will be updated from time to time in line with the progress of students through their various studies.

Below is a video that outlines how to download a PDF document:

This week, I thought that I would share with you a fun resource that some of our students are enjoying. It is called Freerice.

A New Zealand story about an 82 year old retiree earning his PhD 60 years after graduating with his first degree got me thinking last week.

Even reputable and more traditional media outlets seem to focus more on the mistakes people make rather than what people achieve. Why?

This week we celebrated Ms. Delphine’s 40+ year connection with ISY. You will know Ms. Delphine from the Elementary School office where she has served our community for 26 years.