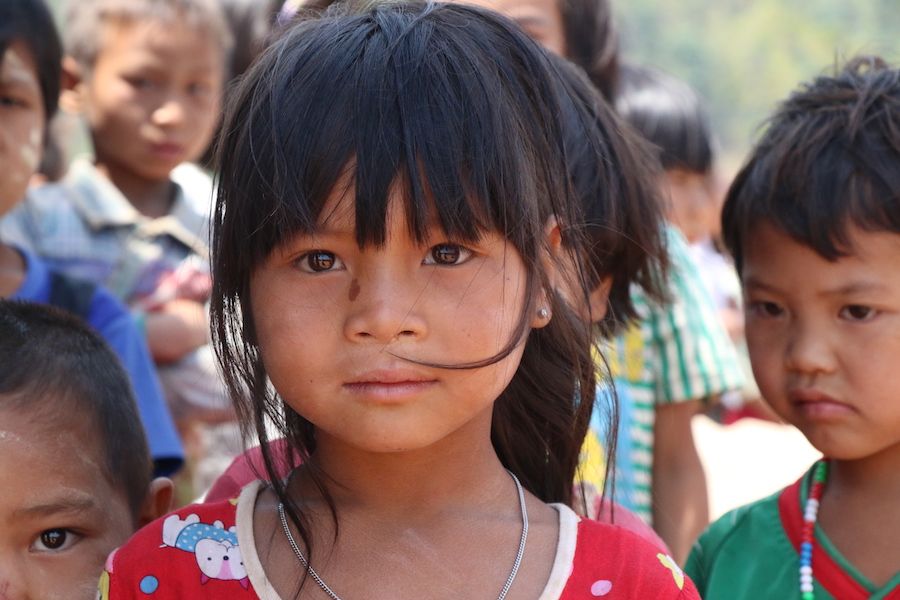 This week a group of 4 ISY staff visited the village of Wan Kong in Eastern Shan Sate on a fact finding mission. The group included Dr. Hedger, Nick Sturmey, Florent Robert and Gavin Ailes and they were accompanied by Dr Kay Khaing Win, the UWS country manager.

UWS has only been in contact with this village for a few months so we are still in the very early stages of the project but we discovered a great deal about the village and the project while there. The first thing to note is that there is an existing school in the village which has two government teachers. We learnt that new teachers are often sent to remote areas when they first qualify. The problem with this is that they don’t speak the local language and have little opportunity for training and supervision. When they first visited the village UWS was apparently shocked at the state of the school and the quality of the education being provided. The school building itself is little more than a shack which, were it not for some additional support poles, would literally be falling down. As far as we could tell the school has no books, or educational materials of any kind. The whole group felt strongly that this village is in dire need of help.

UWS has hired a new teacher who comes from the nearby town of Kyaing Tong. She is of the same ethnic group as the villagers which is Lahu and speaks their language. Unfortunately, we weren’t able to meet her on this trip but we do know she will be starting a training course next week with UWS. The money that ISY has raised is paying her salary and also for the training that she will receive now and during the course of the year. The school will reopen at the beginning of June with the additional UWS teacher who will then be supported regularly by UWS staff based out of their main office in Tachileik.

UWS is not allowed to knock down the existing school and replace it as that building is a government building. So the next question is where to locate the new school. There is space on the existing school grounds for a new building and this may well be where the UWS school will be built but there is also another space that could be used for the school. This area is not as centrally located as the existing school but has more space and would have the additional advantage of potentially attracting students from nearby villages. The decision on where to build the new school should be made in the next few weeks.

Once this decision has been made the next question is when to build the school. Dr Kay is very keen to have the school built as soon as possible. The only problem might be the weather conditions and the difficulty of getting the building materials to the village. The village is located a two hour drive from Kyaing Tong which is where the building materials would come from. The road is not bad for about half the total distance and there were people working on surfacing the road while we were there but there are parts of the road that were in quite a bad condition and might become impassable for larger vehicles during the rainy season. We will find out more about this timetable once the decision on where to build the school has been made.

The villagers were all very pleased to meet us and are excited about the new school and teacher. We spoke to UWS about the possibility of their teacher visiting ISY and also discussed how an ISY student visit might work. These plans are in the very early stages but we can already see how our Service Learning program will greatly benefit from our decision to work with UWS. This project will also help us contribute to the United Nations Sustainable Development Goals dealing with poverty and education. We look forward to sharing more of these plans with you in the new school year.